The Dogs of Chile

My friends often ask me, “What is your favorite part of living in Chile?” There are so many things I love about living in Chile – the people I’ve met (Chilean and expat), the landscape, the ocean, the climate – the wine (!!). There is one more aspect that touches my heart every time I walk out my door.

The dogs of Chile are everywhere. From Santiago to Viña del Mar to San Pedro de Atacama, Easter Island and Valdivia, they roam the country. They are fat. They are friendly and unafraid. They are oblivious to the people around them. Most people love them; some do not. They are often petted or chatted to, and only occasionally chased away. They are all different. The ubiquitous nature of the stray dogs is difficult to describe, because the culture is so very different than anywhere else I’ve seen in the world. I compare them to the cat culture in Istanbul (see the documentary Kedi for a fantastic story).

In the U.S., the strays I’ve encountered are often starving and frightened. They were scruffy, abused and neglected; occasionally forced to fight; and usually found outside of major cities. My brother and I “adopted” many of these unfortunate creatures when we were kids (cats as well – we were equal opportunity animal helpers!). I used to joke that the dogs and cats must have had a communications network, offering the inside scoop that our house was safe – they would feed and water you, give you a bath and find you a home – because we had so many strays show up over the years.

We were happy to help them, and they all left a special mark on my heart.

The first time I noticed stray dogs in Chile, I was shocked. They were fat! J Obviously, someone was feeding them. And they were unconcerned with all the people around them. They continue sleeping despite the buzz of the city . I was so happy to see dogs not abused or starving or scared.

Then I noticed that people sometimes stopped to pet the dogs. I wanted to pet them as well – I so miss having a dog, and would love to have my very own “community dogs” to pet whenever I wished. Yet I hesitated. Everything I had grown up with told me that strays could be dangerous; that they could be sick and that I should stay away.

But the more I noticed others engaging with them – feeding them, sheltering them, petting them as they hung out at restaurants, parks, crossed streets at stoplights and lay on the beach, the more confident I became. The first time I stopped to pet a dog I was overjoyed with the welcome response.

There is a sad part to the story. Most of the dogs (I’m told) are friendly and unafraid because they used to live in family homes. They were abandoned when they grew too large to feed, and now wander the streets in search of love and food. This is unfortunate, but I find it difficult to get too upset. I’ve seen too many strays abused.

To see storeowners conversing with dogs first thing in the morning, allowing dogs to find shelter in their kiosks during the rain, and to see restaurants giving dogs the leftovers all make me smile. Some people put winter coats on the dogs! (I wonder who takes them off in the spring) They are at the beach, the boat club, the festivals, the coffee shop and the outdoor restaurants. Yet they do not beg or bother. They are community dogs.

I love this about Chile. I hope the pictures convey the story better than my words!! Enjoy. (And profuse apologies for the lack of blog posts – I promise the rest of 2017 will be fabulous and that I will write prolifically!) 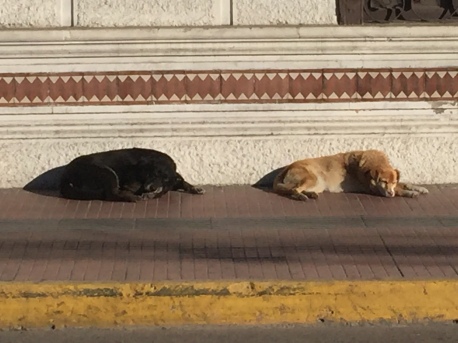 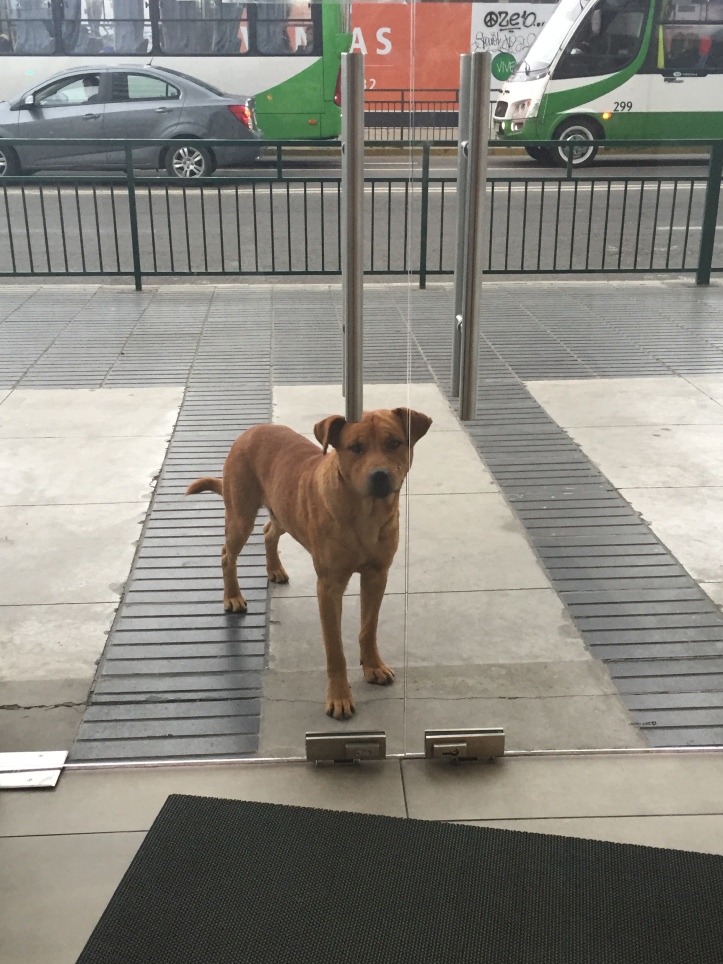 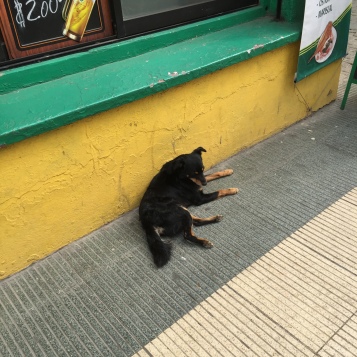 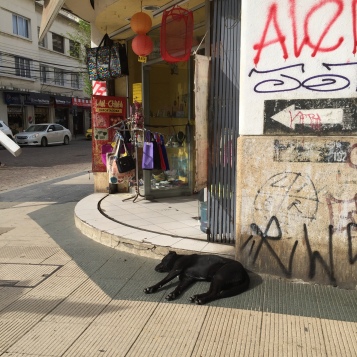 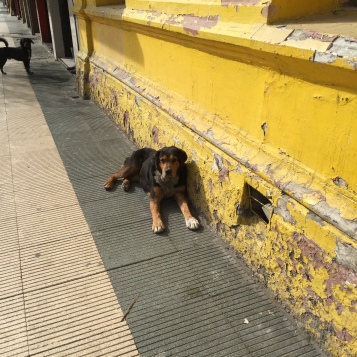 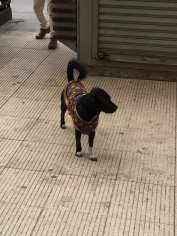 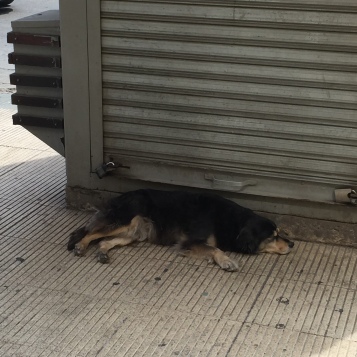 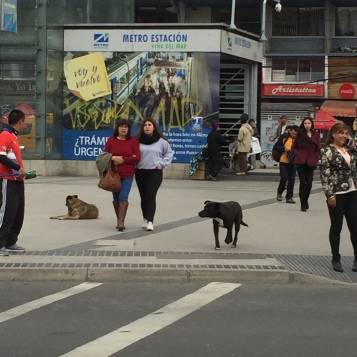 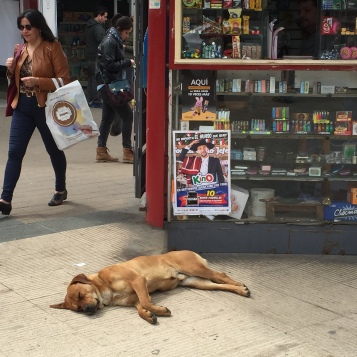 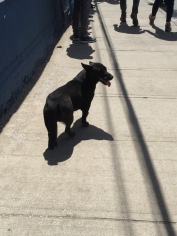 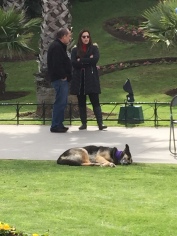