Hello dear readers! First, allow me to apologize for my tardiness in this week’s posting. I have set a personal goal to write once each week. Unfortunately, this week finds me delayed, awaiting Hurricane Irma. Sigh Thank you American Airlines for canceling my flight 4 days before the storm even hits.

It all began on Tuesday, when “weather” delayed my flight and eventually left me stranded. Our flight landed in Miami 12 minutes AFTER my flight to Santiago had taken off. Double sigh

It was nearing midnight. Nothing was open; the prospect of spending a night (and full day) on the airport floor was very unpleasant. Flights to Santiago only leave once per day, which meant I had a full 24 hours to wait. I feared the person I would turn into!

Fortunately, it is the year 2017 and I have a smartphone. The things we can do with 5 minutes, a smartphone and a travel app continuously amaze me. Before I had even rebooked my flight with the airline agent, I had reserved a reasonably priced room in a nearby airport hotel (with free 24 hour shuttle). I breathed a sigh of relief as I walked out of the airport to the shuttle, and was even more grateful for a hot shower and soft bed.

The next day I was fairly confident I would be leaving for Santiago. The storm was 4 days away, and it made sense that they would want to get people OUT of Miami before the storm. I wasn’t sure if my bags would follow me (as I did not have much faith in the airline’s ability to find my bag and get them on my new flight) but I was just happy to get back to Chile, and to get out of Florida before Hurricane Irma hit. I made the best of the day, and even managed to wrangle some food vouchers out of the airline agents. I put this to good use with a lovely glass of Cabernet from South Africa called “Chocolate Block”. Oh. So. Yummy. 😉 (see below)

About an hour before we were set to board, American Airlines cancels the flight. No explanations, no warning, nothing. It’s just canceled. The craziness had already begun; lines were forming to rebook flights (as they were canceling others as well). In a matter of seconds, I went through the stages of shock, anger, resentment and frustration. It was kind of impressive. Then I entered full-on-emergency-planner mode. I was a logistician; there was a hurricane headed to Miami and I was in an airport about to be filled with desperate and panicked passengers with nowhere to go. I had to get out, fast.

My next step was to pull out my handy dandy travel app and reserve a rental car. I breathed a sigh of relief to see the reservation go through, as I knew rental cars were about to become scarce. Then I texted my brother and sister-in-law in Tampa and told them my flight had been canceled. They said I should just rent a car and come stay with them. Already done. I told them I would call when I was on the road (fervently hoping that the entire city of Miami had not yet decided to flee and that driving at 10 PM would somehow save me from sitting in hours of traffic). Then I called the airline to rebook my flight (no way was I standing in a 2+ hour line to do this).

With a flight safely booked for the following week (and hoping my bags would be OK in Miami for the duration), I took myself and my carry-ons to the rental car agency. I was so happy with my decision to leave, and this feeling got reinforced with the rental car. I had reserved a compact car online. By the time I got to an agent, he had upgraded me to a standard size car, and by the time I walked out to the lot, they just waved me over to the full-size cars and said, “Take any one of those”. Wow. What would this place look like in a couple of hours?

But the adventure does not end there. Of course I notice that there is a warning light, and that one of the tires likely needs air. Seriously? It’s late; there’s a hurricane coming; I’m about to cross the state of Florida and I need air? Whatever. I’m not headed back to the airport to try to fix this – no way. Instead, I head to a gas station, and skirt the line for everyone waiting to fill up on gas. I put $3 worth of air in all the tires, and am once again on my way.

The road is not empty, but there is no real traffic. I am grateful, as I release some of the tension that propelled me through the evening’s events. About 2 AM, I arrive in Tampa. I am grateful to see my brother and sister-in-law; grateful that I have somewhere to go outside Miami; grateful to have gotten a rental car and successfully extricated myself before the storm and the madness ensue. If I have to be in Florida during a hurricane, this is the place I want to be.

We are as ready as we can be for whatever may come. We have food, water, batteries, candles, cats for company and of course – copious amounts of wine. 😉 I think we’re going to be ok.

I find this amusing as well – when I arrived in Tampa, my brother says to me, “Well Beth, you wanted an adventure!” Later, another friend emails me, “Adventures follow you (or you follow them)”. I suppose it’s just me. Those comments did help put a lighter perspective on the situation. I DID want an adventure, after all. I never said what kind of adventure I wanted. 🙂 Please think of us this weekend, and keep your fingers crossed that I actually will be in Chile for the next installment! 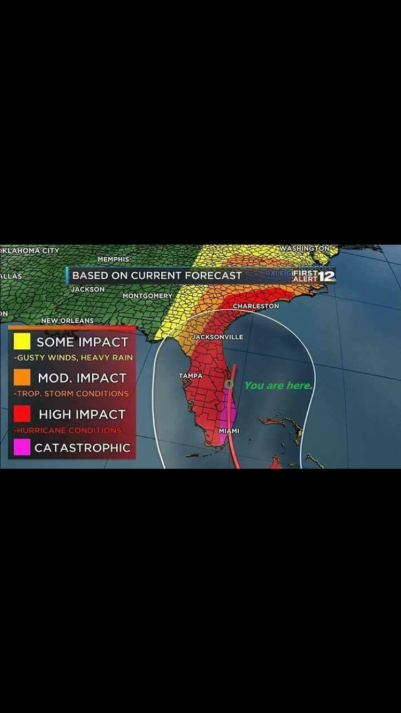 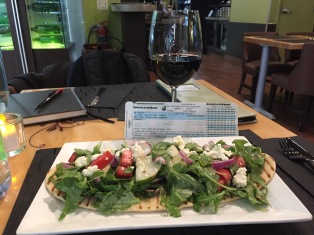 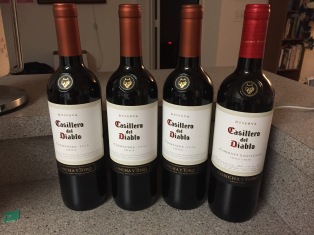 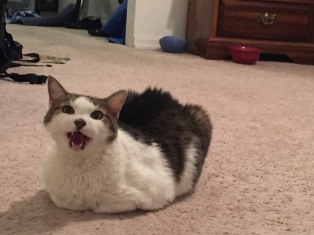