So I am back in Vina del Mar, and so very happy about it. I am staying at a place I found through Airbnb, in the heart of the city and next to the ocean. Of course I am in heaven. The view is the current picture on the main page. It simply does not get better than this.

It’s fall here now, though the weather is still nice. Some days are cloudy and chilly, but some days are sunny and warm. I am back to walking several miles a day. It just happens! I’m working on my Spanish, and have a goal to speak with one person each day. I figure that is a modest goal, one which I might accomplish. Unfortunately, this immediately made me realize how much Spanish I have already lost. Listening is still toughest for me. I am working hard to get it back.

Yesterday, I made my way to Valparaiso (“Valpo”). I had not visited Valparaiso before. We had been warned that women should not walk in Valparaiso alone at night because it was dangerous. That put me off sufficiently – I didn’t even feel like venturing forth during the day, though I was assured daytime was perfectly safe.

But, I decided I needed a new adventure. So I took a deep breath and constructed a plan. First, I tried to buy a Metro ticket (having not used the Metro in Vina), but that failed miserably. I did not understand one word that the woman behind the counter said. I think I already needed a Metro card – which of course I did not have. Finally, she gave up and told me to take the bus. I understood that. 😉

Oh, the bus. I had no issues telling the driver where I want to go, and knew more or less where I wanted to stop (remember – they don’t stop at every stop so you really need to know where you are going). As the driver began to move, my heart dropped into my stomach as I experienced once again the fear for my life. They go SO FAST!

The trip was uneventful. I alighted in the main street and walked towards the funicular that would take me to the top of hill known as “21 de mayo de paseo”. It is named for the famous battle in the War of the Pacific between La Esmeralda (Chile) and Huáscar (Peru)(1879). This remains very important in Chile’s history, despite the fact that the Peruvian warship sank the Chilean corbeta (corvette). Antonio Prat (el capitan de la Esmeralda) is a national hero here in Chile. (If you want to know more, see my post from 16 March 2017)

At the top of the hill, there are outdoor vendors, a restaurant and the National Naval Museum (more on that in my next post). The view was nice, though it’s abundantly clear that Valpo is very much still a major, functioning port (see picture below).

Valpo is known for its street graffiti (pictures below). I wandered the streets a bit (still keeping to the main areas for this initial trip) taking pictures and just enjoying the day. What a perfect first adventure back in my adopted city! 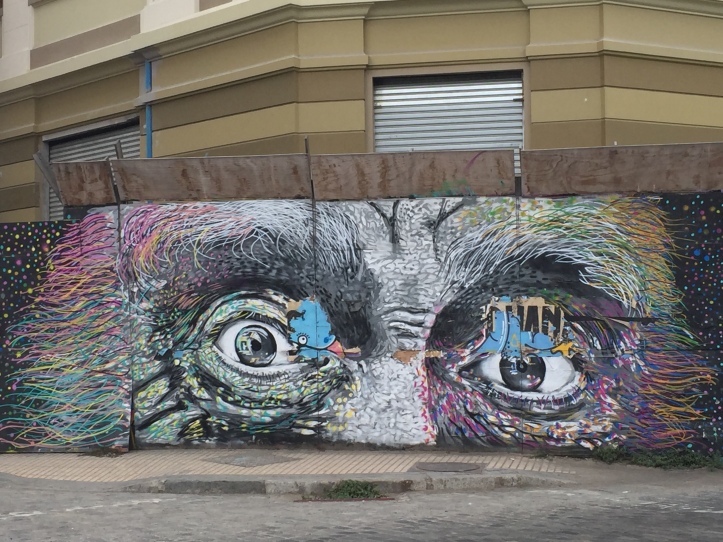 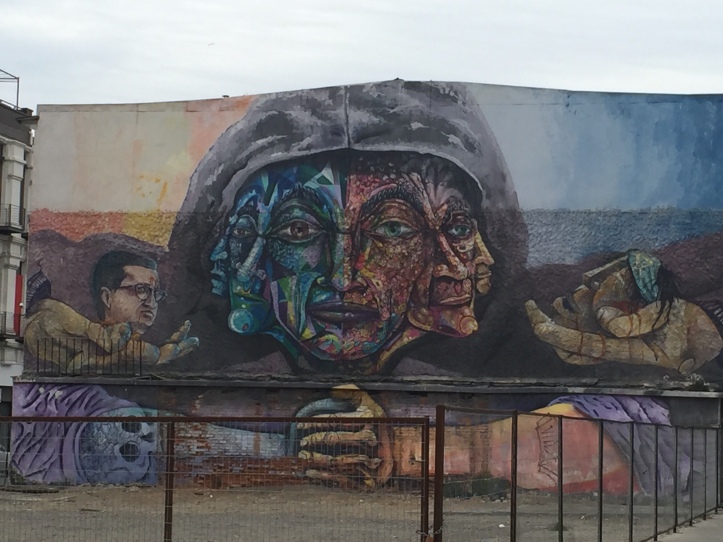 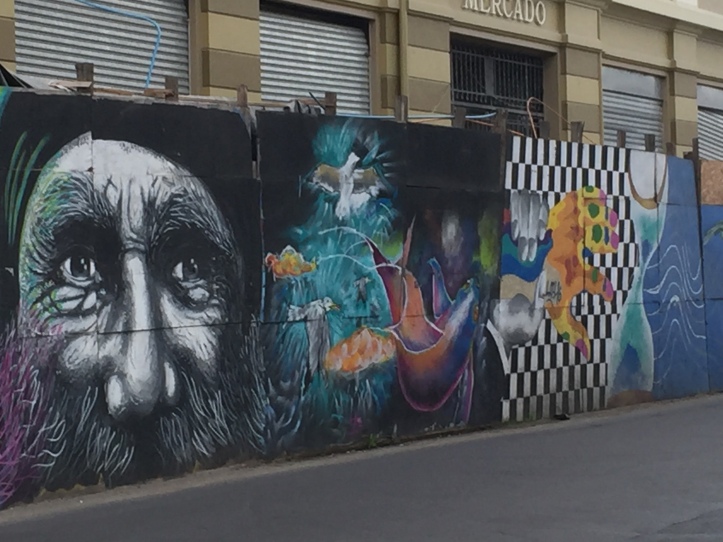 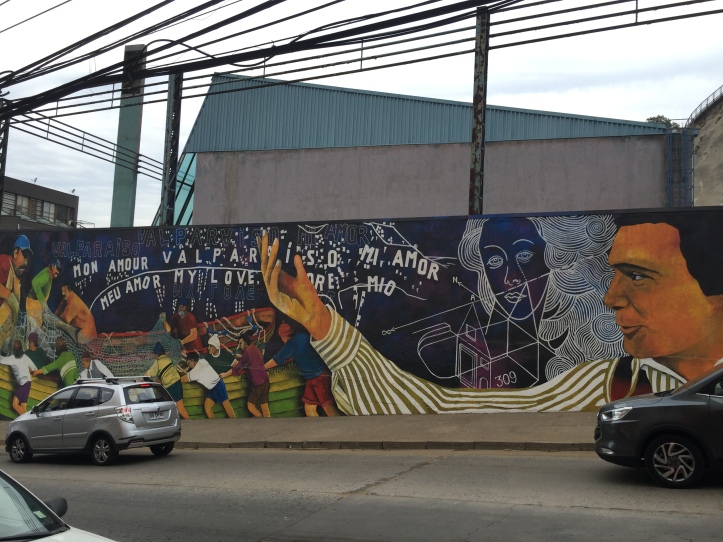 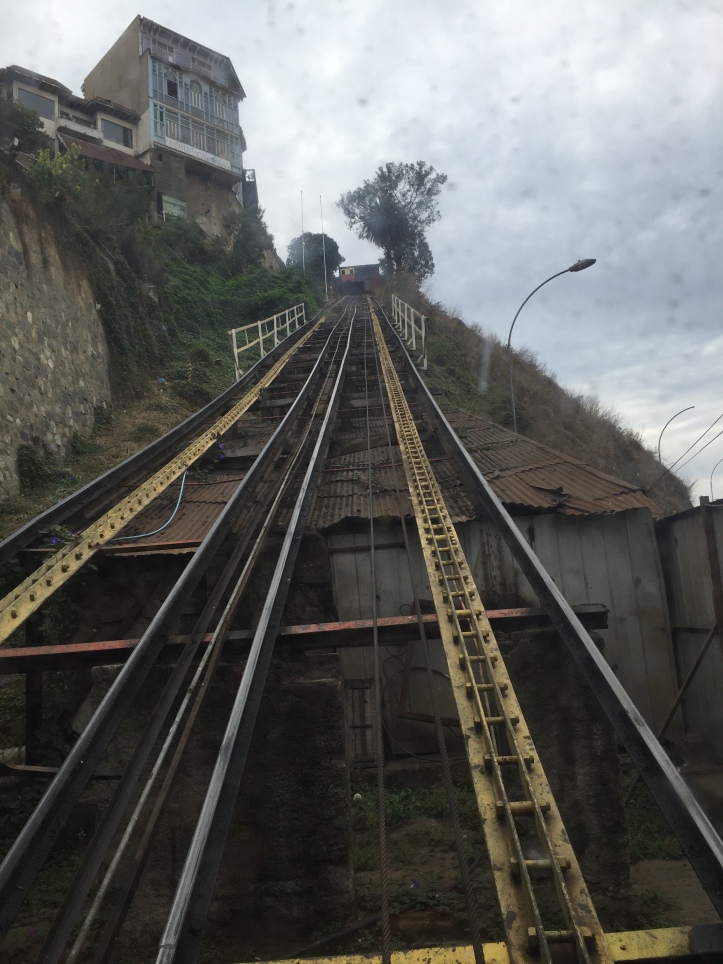 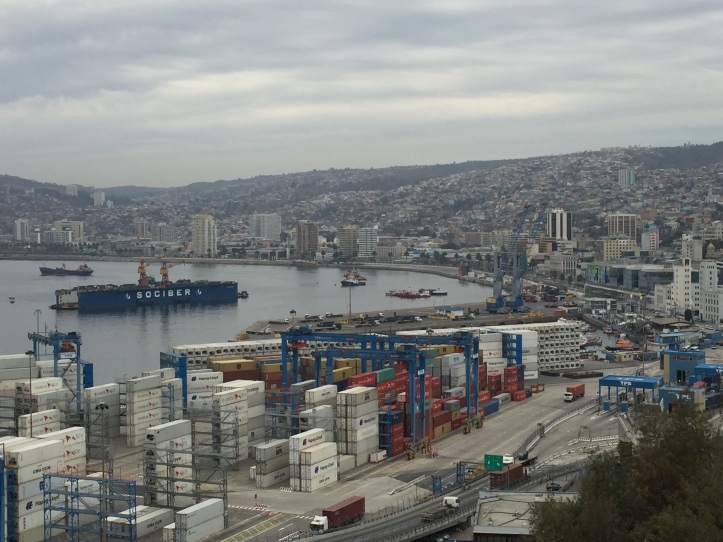 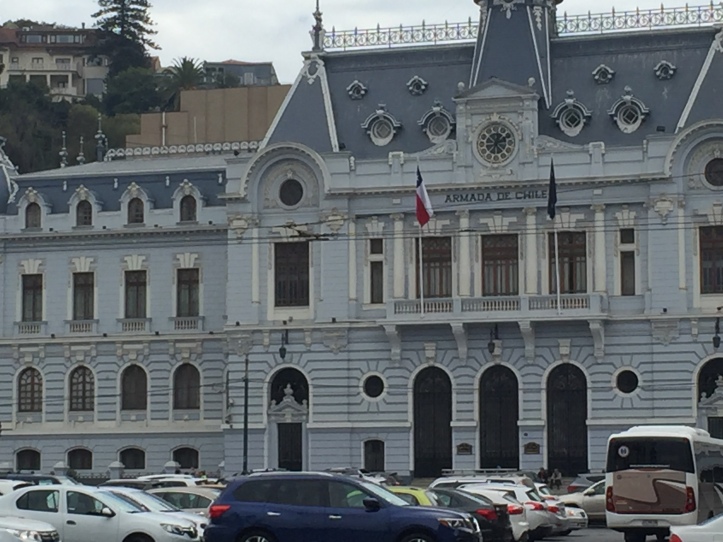