Today I write to you from a beautiful balcony overlooking the Pacific Ocean. I departed Santiago early, after too many afternoons in the heat and too many parties at night. 😉 I was not getting enough studying done. So I asked the school if I could transfer to Vina Del Mar early. Too easy!

So my adventure continued this past Sunday (5 February). I managed to buy a bus ticket in my broken Spanish (the person behind the counter was so patient with me) and found the bus station on Sunday. Buses go from Santiago to Vina every fifteen minutes (it is summer and everyone is headed to the beach). I was so grateful that I packed lightly! It definitely makes getting around easier.

After two hours on the bus, I had to get a taxi. This was the most intimidating aspect of my trip. I so dreaded having to actually speak to a taxi driver! They are known to take advantage of foreigners. I was happy to see a meter in the cab. Thought I suspect he still took the long way (as I got charged more than my contacts at the school told me it would cost), I got here safely and that is all that counts.

I am in a shared apartment here, as the school does not own a house in Vina. Instead they coordinate with Chileans who are willing to open their homes to students. It is much like the home stay option, except I cook my own food. My host is a Chilean man named David. He has the most beautiful apartment, and a beautiful little girl who was staying with us for the weekend. He showed me how to take the bus to school, took me to the grocery store, and made sure I knew how to get the bus home as well. I felt immediately welcome. He has hosted many students before, and seems to enjoy meeting different people from all over the world.

I spend an inordinate amount of time on the balcony, as it’s my favorite place in the apartment. I feel like I’m back in Southern California and living near the beach. I don’t even have to walk to the beach to watch the sunset, because he lives on the tenth floor. So I just sit on the balcony and watch the sunset. Yes, I am soooo spoiled already and do not want to come home even more than before.

As you can see from the pictures, I’ve found my way around the kitchen and some more glorious Chilean wine. They have an entire SECTION in the grocery store just for Carmenere!!! If I hadn’t thought I would like a complete tourist, I would have taken a picture just to show you. More on my progress in school (or lack thereof) in my next post! 🙂 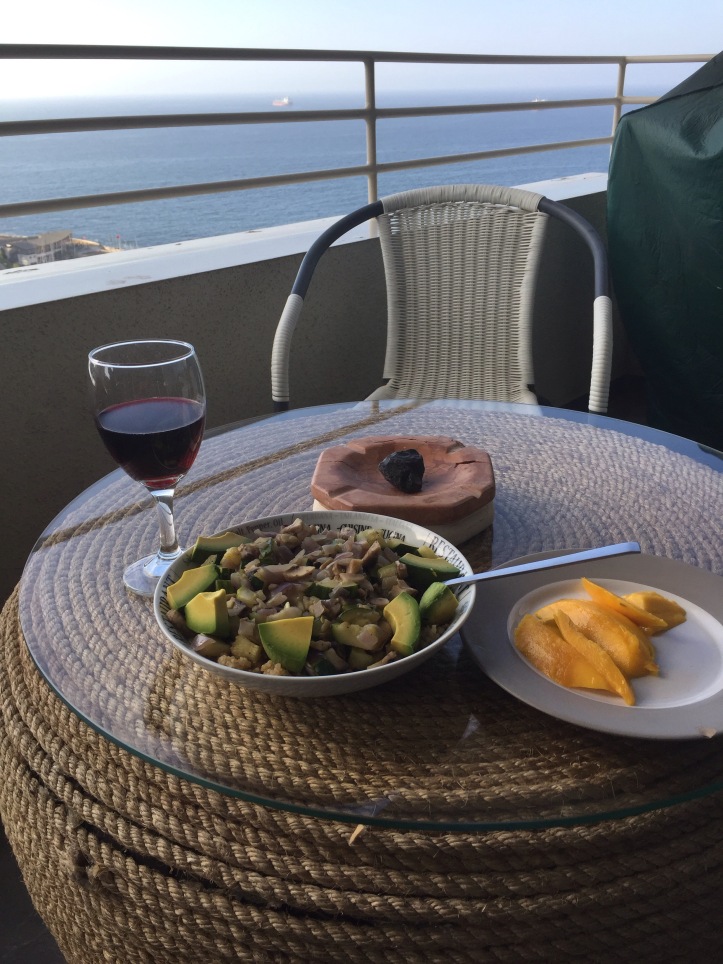 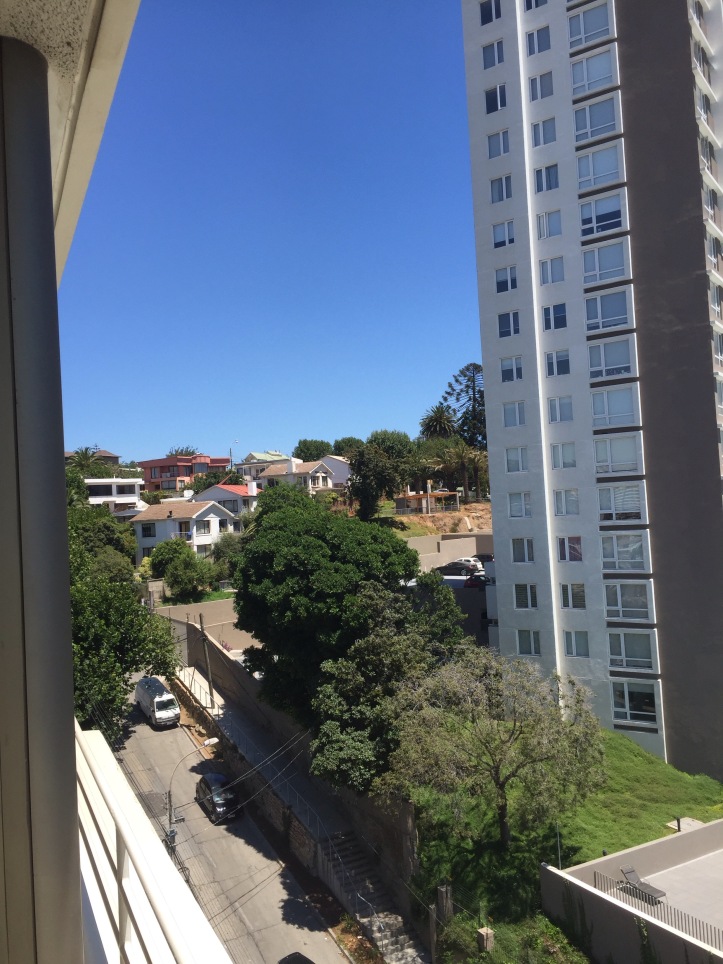 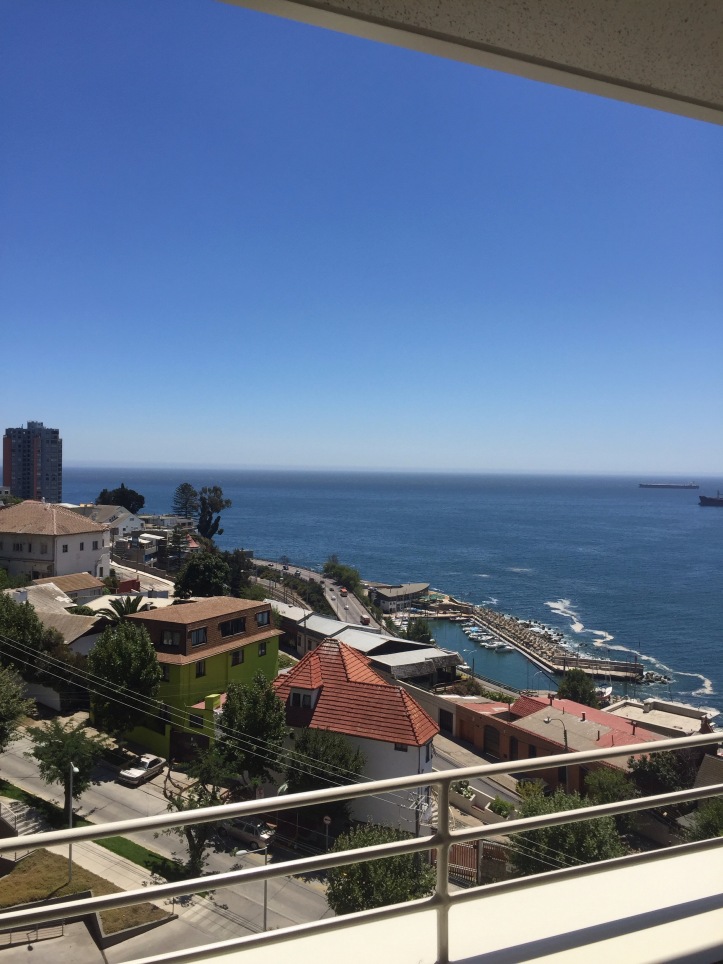